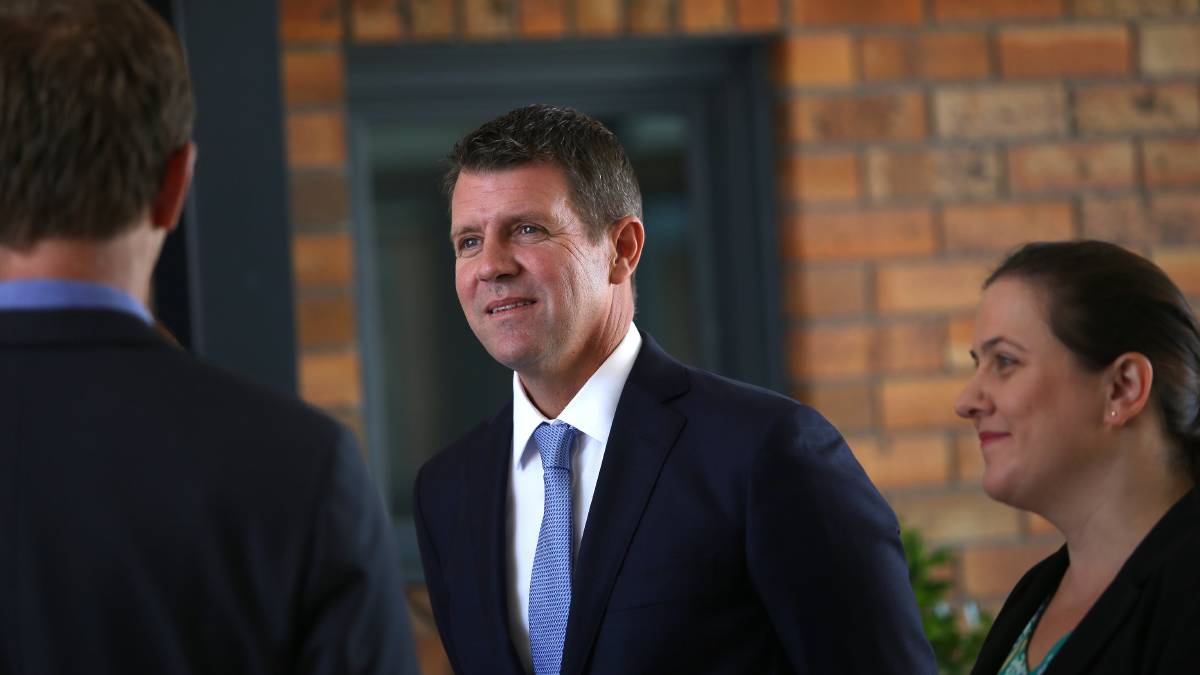 NSW Premier Mike Baird has cited family pressures, the need to “refresh” the government for the next election and his record of economic, infrastructure and other achievements in explaining his shock exit from politics.

Mr Baird announced his imminent retirement on Thursday morning just months short of his 10-year anniversary in the NSW Parliament in March, three years as Premier in April and two years out from the next state election.

“It’s time for us to refresh, to reset our goals towards the 2019 election,” he said.

“And as I’ve reflected on this refresh, with a lot of deliberation with those I love the most and my dear friends, it has become clear to me that this refresh won’t include me.”

“I strongly believe now is the time to hand over to a new Premier to ensure that the focus on 2019 and beyond continues to set the agenda,” he said.

The NSW Liberal partyroom is set to meet on Monday morning to choose the new NSW Premier, who is likely to be the current Treasurer, Gladys Berejiklian.

Fairfax Media has confirmed that Ms Berejiklian, from the left faction, is set to form a ticket with finance minister Dominic Perrottet, of the right.

The centre right and right factions have swung their support behind Ms Berejiklian and the arrangement, which would see Mr Perrottet becomes treasurer in a reshuffle.

Mr Baird had a politically difficult 2016, including the humiliation of being forced to back down on his bid to ban greyhound racing in NSW, personal criticism over the lockout laws for licensed venues and fallout from the government’s infrastructure agenda.

But the Premier has consistently stated it is his “intention” to contest the 2019 election as Premier and as the member for Manly.

On Thursday Mr Baird highlighted his inaugural speech to Parliament in which he said he wanted “to come into public life to make a difference”.

“I said many times I didn’t want to become a career politician,” he said. “I wanted to go as hard as I could for as long as I could and then step aside.

“Today, I am making good on that pledge. After 10 years in public life, three years as Treasurer and three years as Premier, I think now is the right time to do this”.

Mr Baird also said there is “a strong personal cost” that comes with the job “and I probably felt that more than any other time in the last few months”.

Mr Baird’s father, Bruce, is recovering from open heart surgery and his mother, Judy, has gone into 24-hour care with muscular dystrophy.

He revealed his sister, Julia, had “a re-occurrence of cancer. I was in hospital with her last week”.

Ms Baird revealed in late 2015 she had been diagnosed with cancer.

With tears in his eyes and in front of his wife Kerryn and three children, Mr Baird said: “To be honest, at times I have been in pain at not being able to spend the time [with them].

“Those personal things obviously impact you. The nature of this job makes it tough to be able to support as much as you want.”

Mr Baird listed his achievements, including lifting the NSW economy to be the strongest in the nation, bringing the budget into surplus and being the first state to sign up to the Gonski agreement on education funding.

Asked if he had a regret, he nominated the failure to achieve tax reform at a national level.

Mr Baird pushed for an increase in the GST to cover health and education costs.

“There was a big opportunity there to do something significant,” he said. “That’s something that wasn’t to be.”

Mr Baird – a former investment banker – said he had not had a private sector job offer, but had had discussions during his time as Premier.

The decision to retire from politics means the new premier will face a byelection test in the seat of Manly within months.

Mr Baird became Premier in April 2014, following the resignation of Barry O’Farrell, who quit after giving incorrect evidence to the Independent Commission Against Corruption over the gift of a $3000 bottle of wine from a political donor lobbyist.

Following Thursday’s announcement, Bruce Baird told Fairfax Media that the Premier had disclosed his plans to quit to his family “a while ago”, but would not say exactly when.

“His mother and I are very proud of him and what he’s achieved,” Mr Baird snr said. “There’s a time to go and I think he’s done the right thing.

“The 10-year issue was significant for him”.

Former NSW Liberal premier Nick Greiner told Fairfax Media that “in some ways its obviously disappointing for the state, in the sense that there’s still a lot more to be done in the state”.

“He’s pretty much been true to his word,” Mr Greiner said. “He has always talked about being there for a good time not a long time. He’s achieved that.”

“He was interested in what he could deliver. It’s a counter to the professionalisation of politics, which the public doesn’t like.

“Hopefully [Baird’s time as Premier] will encourage other people from non-political backgrounds into politics.

“I think if there’s a single message, it’s that good government is helped by not having people who are lifetime politicians.

“He’s a good example [of someone] who has put policy first, not politics first.”

Opposition Leader Luke Foley said: “I want to thank Mike for his service to the state. It’s the greatest of honours to serve as Premier of NSW. I wish him and his lovely family all the best.”

Deputy Premier John Barilaro, who only learnt about Mr Baird’s resignation through the media this morning, said most people in politics would love to have delivered the legacy that Mr Baird did.

“As a cabinet minister and a former backbencher I have always looked to Mike as a strong leader, one that inspired me, one that I believe brought the best out of all members of the coalition to deliver for their community and I think that is something that is rare in politics,” Mr Barilaro said.

“I don’t hide from the challenge that I see now, to carve out a new narrative and a new opportunity for regional NSW.

“I think the narrative that’s been lost is that the Liberal party hasn’t cared for regional NSW. I think that’s perception not reality, that was reflected in the Orange byelection but we have an opportunity with a new leader, a new team to make sure that people understand what we’re doing.”

On whether he could work with Gladys Berejiklian, Mr Barilaro said: “I think the question will be, can the media pronounce ‘Berejiklian-Barilaro government’?”.