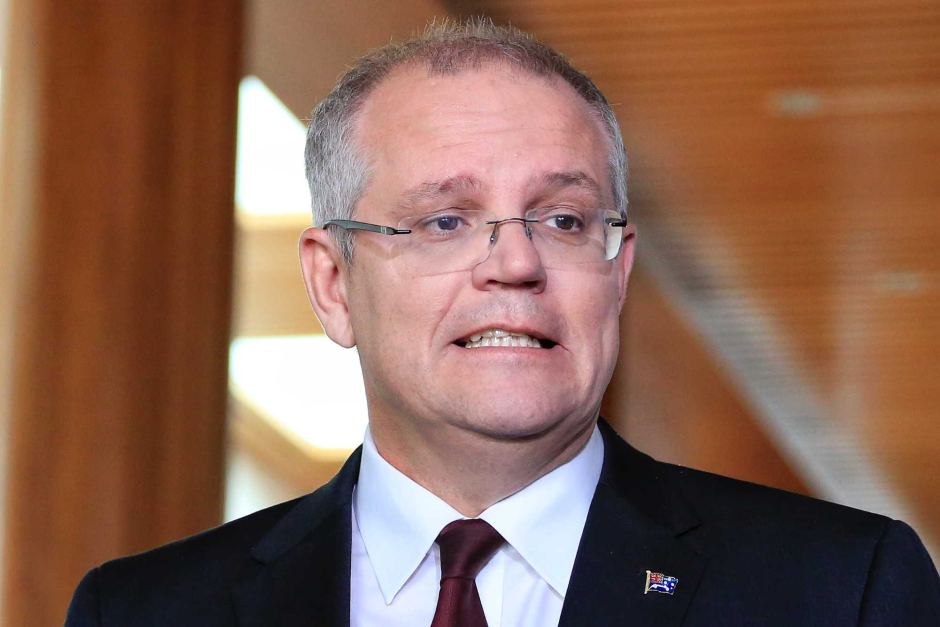 The previously confidential advice to Treasurer Scott Morrison from his own department said the Opposition’s plan might cause “some downward pressure” and could have “a relatively modest downward impact” on prices.

The ALP’s plan to restrict the tax deduction, along with halving the capital gains tax (CGT) discount, was a major issue during the 2016 election campaign.

Coalition figures have variously claimed the plan would attack the housing market with a “chainsaw”, “axe” or “sledgehammer”, and would bring Australia’s economy to a “shuddering halt”.

But after winning a two-year legal fight, the ABC can reveal Treasury officials in early 2016 gave very different advice to Mr Morrison.

“The ALP policies could introduce some downward pressure on property prices in the short term, particularly if the commencement of the policy coincides with a weaker housing market,” they wrote.

“In the long term, increases in taxation on rental property could have a relatively modest downward impact on property prices.”

Many of Australia’s two million property investors make a loss, and negative gearing allows them to use the losses to reduce their overall tax bill.

The capital gains tax discount generally sees half the profits from the sale of an investment property go untaxed.

‘Overall, price changes are likely to be small’

In the documents, released under Freedom of Information laws, Treasury gives several reasons why prices would not plummet.

With Labor also proposing to raise taxes on other assets, officials said “households may increase their investment in owner-occupied housing [where profits are not taxed].

“This would tend to counter any downward pressure on prices arising out of the rental market.”

Changes to negative gearing in the 1980s, and the introduction of the CGT discount in the 1990s, had “little discernible impact on the market”, officials noted.

“Overall, price changes are likely to be small, though the composition of ownership may shift away from domestic investors.”

The department warned the price impact would be greatest if “uncertainty arising from the policy change itself” compounded any housing market “downturn that may be underway at the time”.

Treasurer was aware claims were a lie: Bowen

Shadow Treasurer Chris Bowen said the document showed the Government had lied to the public.

“The most important thing about these documents is it goes to Scott Morrison and Malcolm Turnbull’s character,” Mr Bowen told AM.

“They knew they were just engaging in a political smear and scare campaign, they knew it wasn’t backed by the facts … during an entire election campaign.

“All these claims were a lie, and Treasury analysis showed that, and the Treasurer was aware of it.”

“Malcolm Turnbull and Scott Morrison have some very serious explaining to do.”

What is negative gearing?

Despite Treasury’s private opinion being revealed, the Government continues to maintain its opponent’s policies would be “disastrous”.

“Treasury’s advice confirms what we have been saying all along — that if you increase capital gains tax by 50 per cent, if you remove negative gearing, it would have a disastrous impact when combined with weakness in the housing market,” acting Treasurer Kelly O’Dwyer said.

“What on earth does [Labor leader] Bill Shorten think slashing house prices would do by such a significant amount at this point in the cycle? What would it do to confidence, consumer spending, growth and employment?

“You shouldn’t smash an ant with a brick; you need to be much much more careful in the way that you do this.”

Ms O’Dwyer is the Minister for Revenue and Financial Services and a member of Cabinet’s economic team, the Expenditure Review Committee.

She avoided directly answering when asked if Australia was experiencing a weak housing market, or whether the Government had further advice showing more severe impacts to the market.

The Grattan Institute, an independent think-tank, has previously estimated that halving the capital gains discount, and phasing out negative gearing after a decade, would reduce house prices by 2 per cent.