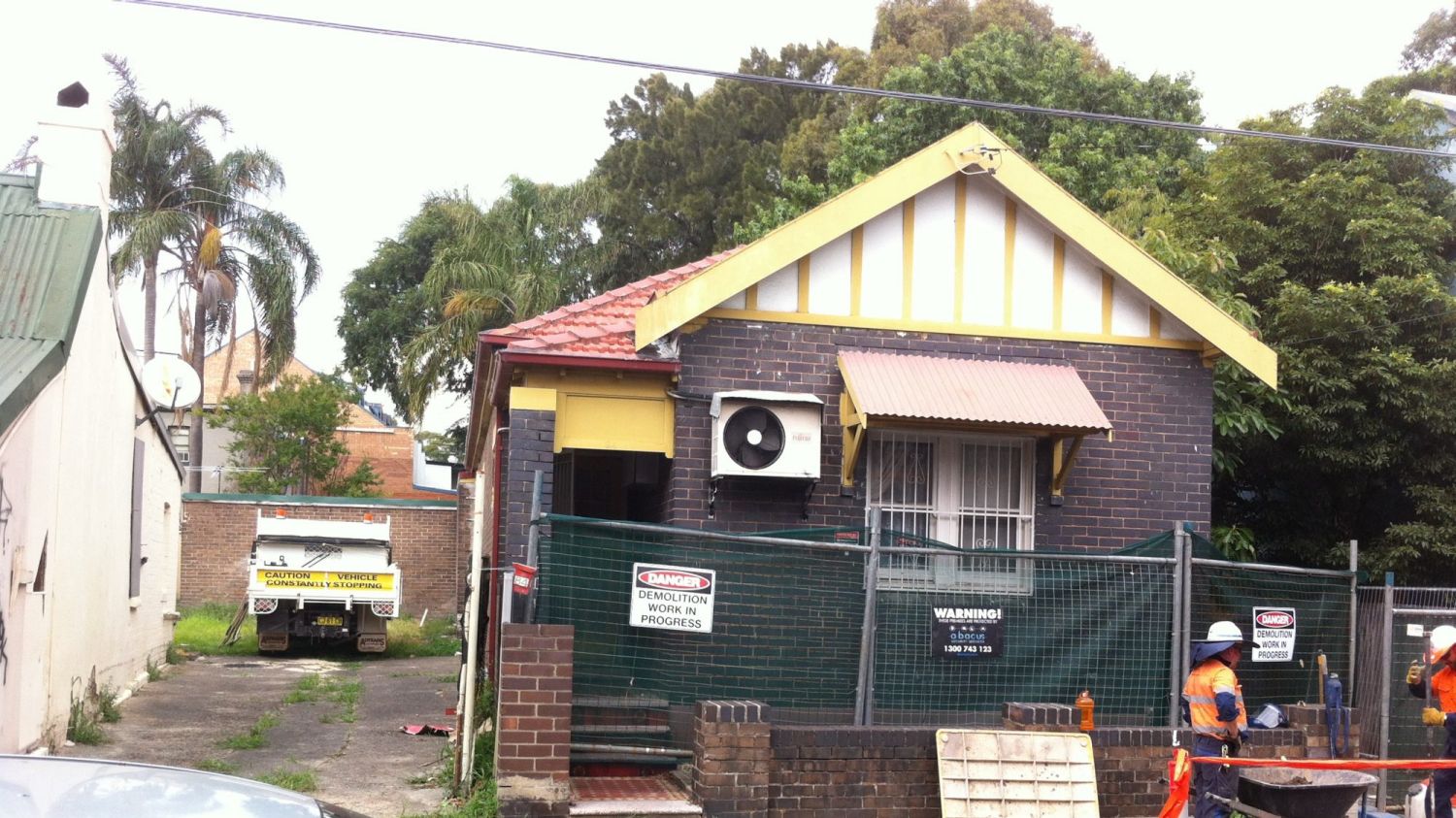 DAN F STAPLETON – OCT 28, 2017
House prices have fallen dramatically in Sydney suburbs that have been affected by the WestConnex project, according to new Domain Group data.
The median house prices in the inner west suburbs of Haberfield and St Peters have fallen by 17.2 per cent and 9.2 per cent respectively in the past six months.
Across the inner west region as a whole the median house price grew by a modest 3.2 per cent during the same period.

“It’s the unknown, people are unsure of what the WestConnex will do to that area, that’s the key that will influence whether buyers will purchase and that will inevitably impact prices,” said Domain data scientist Dr Nicole Powell.

“We’re also in the build phase so when you drive through the area you see major earthworks, and it’s these things that can ultimately put buyers off.”

In St Peters, a WestConnex interchange is being constructed on the site of the former Alexandria landfill.

Contractors working to turn the former tip into a vast motorway interchange have repeatedly stirred up odours so powerful the Sydney Motorway Corporation has advised nearby residents to stay inside with the windows shut.

Opponents of WestConnex say St Peters and parts of nearby Alexandria will be rendered virtually unliveable when the project is completed.

“We fear the traffic and the air pollution the interchange will inflict on us will have a horrendous impact on our small neighbourhood,” says Anne Picot, a St Peters resident for 30 years and a spokeswoman for the WestConnex Action Group.

“The emissions from the traffic queues will combine with the vehicle exhaust from the double sets of ventilation stacks in the St Peters interchange to make walking and cycling around our streets a health hazard.”

She adds: “I fear they will have to close St Peters Primary School because of the noise and the pollution from the ventilation stacks.”

In north Haberfield, a large site is being excavated to make way for an interchange where two of the WestConnex toll tunnels will connect and come to the surface.

Some homes in Haberfield are just 30 metres from the interchange site.

“Haberfield has already lost heritage houses, art deco apartment blocks, parks, reserves and green space to WestConnex,” says Chris Elenor, a retired research analyst who has lived in the suburb with his wife for 21 years.

“Already, connections to Ashfield, Five Dock and to the harbour foreshore have been broken by ever-widening rivers of gridlocked traffic.”

The Minister for WestConnex, Stuart Ayres, was contacted for comment but did not respond before deadline.

But a Sydney Motorway Corporation spokesman said the residents’ fears were unfounded.

“The community outcomes will be overwhelmingly positive once the project is complete – more than 18 hectares of new parklands and active transport links across the inner west will be created, including at the site of the old Alexandria Landfill which is being cleaned up to enable community use for the first time in decades,” the spokesman said.

“By removing traffic from surface roads and allowing it to flow freely underground rather than idle, stop and start in gridlock, air quality at a number of locations across the WestConnex footprint, including sections of Victoria Road, Parramatta Road and the City West Link will significantly improve.”

The state government forcibly acquired dozens of residential properties across both Haberfield and St Peters to make way for WestConnex development. Most were acquired in 2016 for amounts that evicted residents claim are significantly less than independent market valuations.

An additional 51 property acquisitions are forecast in and around the inner west suburb of Rozelle to make way for another stage of the WestConnex project, the so-called Iron Cove Link.

More exhaust stacks will also be erected. Three will rise on the site of the old Rozelle Rail Yards and another has been suggested on Victoria Road, just metres from Rozelle Public School.

But Rozelle’s median house price did rise in the past six months – albeit just 0.3 per cent – according to Domain Group data.

The data shows mixed results in the suburbs surrounding Haberfield and St Peters. In Lilyfield – between Haberfield and Rozelle – the median house price fell by 4.9 per cent, while in apartment-dominated Alexandria, near St Peters, the median apartment price rose 5 per cent.

Greens MP Jenny Leong, the member for Newtown, says Sydneysiders are beginning to grasp how significantly some suburbs in the inner west will be affected by WestConnex.

“The devastation we are seeing inflicted on our inner west neighbourhoods as a result of the construction is bad enough,” she says. “But the long-term and lasting impact this polluting toll road will have if it is allowed to proceed is unthinkable.”

In contrast to the fortunes of WestConnex-affected suburbs, other parts of the inner west performed well over the past six months. The median price in Stanmore rose 8 per cent while Croydon Park surged 18.3 per cent.

Dr Powell said red hot inner-city prices had a flow on impact on suburbs in the middle ring.

“We are certainly seeing buyers look further and further out to find value.”

Median house price change over the past 6 months