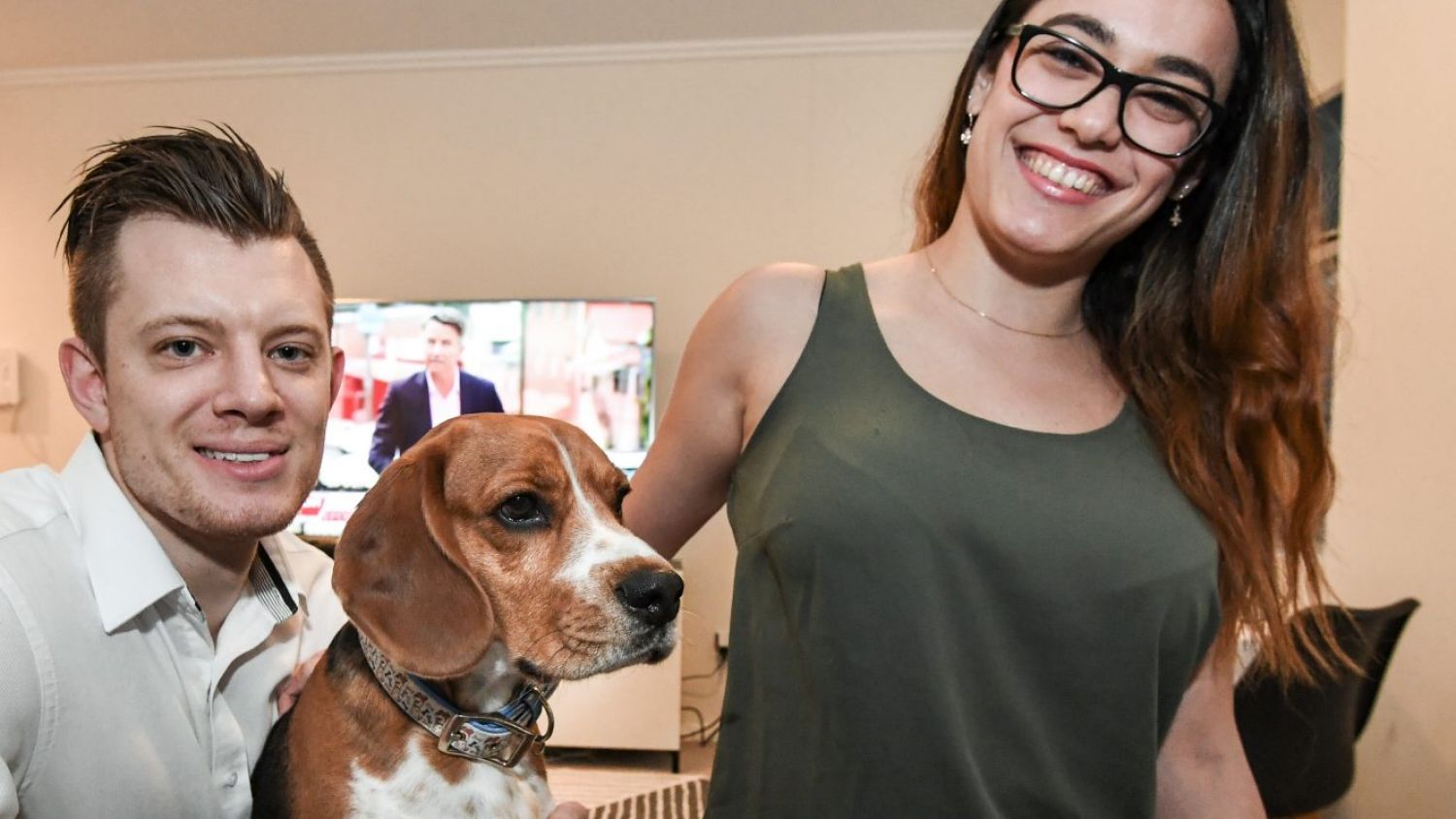 JENNIFER DUKE – OCT 29, 2017
When Damian Pasternak and Danielli Paiva were deciding where to buy their first home, they quickly realised the upper north shore suburb of Roseville, where they are renting, was not an option. Instead, they started looking a further 50 kilometres north along the Central Coast.

“[The decision was] mainly price-driven. Sydney is too expensive at the moment,” Mr Pasternak said.

The couple had originally lived on the Northern Beaches and wanted a place near the water – but they realised that wasn’t achievable if they stayed within Sydney’s inner and middle-ring suburbs.

Instead they opted for a new two-bedroom apartment for $600,000 in Gosford development AQUA.

A similar-sized place to their new apartment, which they are waiting to be built, recently sold in Roseville for $1.25 million – more than double the price.

Experts say it’s little surprise the Central Coast is becoming increasingly popular – it’s the most affordable region in the Greater Sydney basin, with a median price of $635,000 for houses and $469,000 for apartments.

And it is the only Sydney region where the price of a median house is under $650,000, the threshold for first-home buyers to benefit from a full stamp duty concession introduced in July.

And the quality of the build was better than many they’d seen in Sydney, with many relatively new apartments he had seen “falling apart”.

Central Real – the developer behind AQUA – already has six developments underway across the Central Coast and several more in the pipeline, founder Tony Denny said.

“You can’t get anything like this for the same price nearer to Sydney,” Mr Denny said.

He has noticed higher levels of demand in Gosford and surrounding areas, particularly from young Sydney professionals looking for a way into the property market.

But much of the interest real estate agents are noticing, particularly around East Gosford, is still coming from an investor crowd, Smith Property Agents principal Scott Smith said.

“About 60 to 70 per cent [of buyers] are either investors or from Sydney,” Mr Smith said.

Much of the attraction for these buyers is from a new hospital – which is generating “two to three” inquiries a week, he said.

First Home Buyers of Australia co-founder Taj Singh said affordability was the driving factor for interest in the Central Coast.

In particular, suburbs such as Wyoming, Narara and Niagara Park have been of interest, he said, with “a comfortable commute to metro Sydney of just over an hour in peak hour”.

He also said money stretched further in this area – with block sizes larger and amenities, including beaches, without the Sydney price premium.

It’s an area that has been earmarked for significant growth and change.

Right Property Group director and buyer’s agent Victor Kumar has been snapping up established properties in the area for years, and is bullish on the future prospects for price growth with more infrastructure and development happening.

But, he noted a lot of the upsurge has already passed.

Every day, more than 30,000 people from the Central Coast commute out of the region for work – many to inner Sydney suburbs, census data shows.

In a sign of the times, the government is investing $12 million to provide reliable phone signal for thousands of commuters along the Central Coast rail line, for the 60km stretch between Wyong and Hornsby.

“It used to be a case that we’d only look to buy within an hour [commute] of Sydney, but I’ve now upgraded that to two hours,” Mr Kumar said.

“The Central Coast is now well and truly part of Sydney.”