Pets in rentals: Is it fair to take away a landlord’s right to refuse? 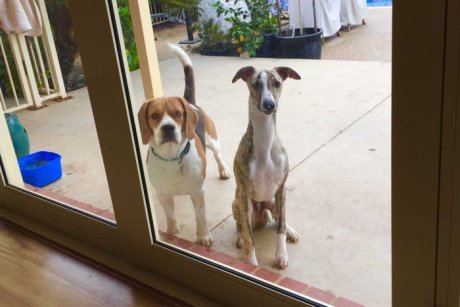 Victoria’s peak body for real estate agents is shaping up for a fight against the Government over reforms to allow renters greater rights to own pets, saying investors are already pulling out of the market ahead of the changes.

The Government’s proposed reforms to state rental tenancy rules include making it harder for landlords to refuse requests by tenants to have pets, or make minor changes, such as installing picture hooks.

“We think that the balance has been skewed unfairly against people who are making rental properties their home,” he said.

“Every family should be entitled to such basic things as the right to ask for a pet … and put in place the basic improvements that just personalise the house a bit.”

But the Real Estate Institute of Victoria’s (REIV) vice president, Leah Calnan, said investors were already starting to pull out of the market, believing the changes were a done deal.

“I’ve actually had three of my clients say ‘I’m not going to re-lease my property’, and in fact one in particular when the tenant gave notice and vacated, they’ve decided to put it on the market and sell and get out of the investment game,” she said.

“They’re concerned around those reforms … how is it fair that a landlord loses the right to choose whether their property has a pet or how is it fair that the landlord loses the right to say that they want modifications in the property?
“It’s around fairness, 100 per cent, owners need to be able to have a say on their investment property, at the end of the day, they’re the investor and they’re paying for it.”

What is an ‘unreasonable refusal’?
Of the 14 proposed reforms, Ms Calnan said the REIV took issue with five of the changes:

Landlords will not be able to “unreasonably refuse” consent to certain types of modifications
Landlords will not be able to “unreasonably refuse” a request to own a pet
Removing the 120 day “no specified reason” notice to vacate from the Rental Tenancies Act
Landlords will only be able to end tenancies using an “end of fixed term” notice at the end of the first term, at the end of subsequent terms they will have to provide a reason
Bonds of more than one month’s rent for any property where rent is less than $760 a week will not be allowed
Ms Calnan said landlords with previous bad experiences with tenants considered the changes to renters’ pet ownership particularly onerous.

“They’ve had a great tenant and they allow them to have a pet and then six months down the track at the next inspection, the carpet’s ruined, or the skirting boards are ruined … it’s just not fair, that’s what we want to get across.”
According to information released by the Government as part of the consultation for the reforms, renters would still need to receive written consent from landlords to own a pet or make modifications.

“Landlords will not be able to unreasonably refuse the request,” the Rent Fair Victoria site reads.

“An outgoing tenant will be required to undertake cleaning and fumigation if there is pet-related damage to the property that goes beyond fair wear and tear.

The details of the legislation have not been released but Mr Pallas said it would be up to the courts to define what was or was not an “unreasonable refusal”.

“[Reasons] will likely be determined and defined by a landlord, but they will be required to justify their reason,” Mr Pallas said.

Mr Pallas warned organisations against “misrepresenting” and “fanning the flames of fear” about the proposed changes.

“There’s no evidence that landlords are leaving the market and it’s far too early for any of that to be demonstrated to be the case.”
The REIV intends to survey landlords on the issue.

“They need to be surveying the largest stakeholder, which is the investor group. We won’t be bullied into a situation where we follow their process of what they want on the survey,” Ms Calnan said.

Labor candidate admits to breaching current tenancy rules
The stoush comes as Labor is battling the Greens to hold onto the inner-Melbourne electorate of Northcote, where property prices have skyrocketed and renters make up a large proportion of the population.

Voters go to the polls on November 18 in a by-election triggered by the death of minister Fiona Richardson.

Labor’s candidate Clare Burns, a renter in the electorate, has brought her household’s cat into the fray, admitting to breaching current tenancy rules by renting with the animal.

Ms Burns said her landlord did not know about the “secret cat” that belonged to one of her three housemates.

“If you publish this, it’s not going to be secret any more,” she said.

“He’s not a problem at all to the property.”
Ms Burns said she had spoken to landlords who supported the changes, in contrast to the REIV’s claims.

Ms Calnan questioned whether the Government timed the reforms to coincide with the by-election.

“[The Government] need to do what they need to do to try and get themselves across the line,” she said.

“We’ve been working over the last 18 months on these reforms. All of a sudden, when the Northcote by-election was announced, these 14 reforms were announced. It’s a little coincidental.”
Ms Calnan said the organisation was approaching backbenchers and the Opposition over the issue.