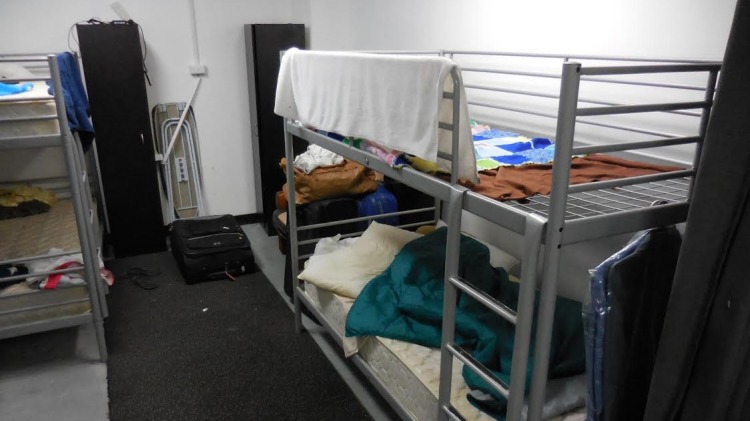 When City of Sydney’s anti-illegal rentals task force looked behind the scenes of a low-rent supermarket in the city’s centre, rather than cans of food and crates of produce, they found a store room set up with four bunk beds.

The shop’s disability toilet had been converted into a makeshift bathroom, complete with shower and plastic covering the walls.

Its proprietor Amr Hassan was this week convicted and fined $100,000 – plus legal costs of $61,426 – in the Downing Centre Local Court for converting part of the ‘Banana Supermarket’ in Regent Street, Chippendale for residential use.

“This result was thanks to a long and resource-intensive investigation,” former Scotland Yard detective Roy Cottam said.

Mr Cottam, 47, is the investigative specialist on the City of Sydney’s Illegal Accommodation Strike Force.

“Amr Hassan had established the largest syndicate of unsafe and illegal accommodation that we have identified in our area to date,” Mr Cottam added, explaining that the discovery of the supermarket store room had led to investigations of a number of other potentially illegal doss-houses.

“This is a fantastic result for the City,” said Mr Cottam, “particularly in light of the lengths the defendant was prepared to go to in order to avoid liability.

Mr Cottam told Fairfax Media Hassan was originally due to appear in February when he pleaded not guilty. The case was delayed until this week when Hassan said he was too ill to appear in court.

However, the magistrate, having allowed several hours for Hassan to be contacted and brought to court, decided to proceed with the case, which ended in the conviction and fine.

“It is hoped that this conviction and penalty imposed by the court sends out a strong message to the community, that this type of criminal and dangerous activity will not be tolerated,” Roy Cottam added.

Since it was established in May 2015, the City has successfully disrupted a number of large-scale illegal accommodation networks, says a spokeswoman.

It has executed 30 search warrants and interviewed suspects as it gathered evidence for at least two more significant cases that have yet to come to court.

Meanwhile the team has also inspected more than 100 separate premises and issued over 80 notices and orders and issued fines totalling $75,000. It is currently undertaking criminal proceedings in the NSW Land and Environment Court in relation to unauthorised use of an industrial estate for short-term accommodation.

It was just over a year ago that the squad discovered 58 people living in a non-descript house in Ultimo. Then, in the course of executing 20 search warrants, they also found 10 people sharing one bedroom as well as others sleeping in bathrooms, and in one case, a pantry.

The City is the first council in NSW to establish a dedicated investigation team to crack down on illegal and unsafe short-term accommodation networks.

Lord Mayor Clover Moore said this week’s court victory demonstrated how seriously the City takes the risks to the safety of Sydney’s most vulnerable young residents.

“This case sends a message that illegal, dangerous accommodation networks will not be tolerated in the city, and the people who profit from them will be prosecuted,” the Lord Mayor said.

Ned Cucher, Senior Policy Officer with NSW Tenants Union, told Domain that sometimes he hears from people who live in such places, asking about their tenancy rights.

“Invariably, they’re in that kind of accommodation because they can’t find affordable housing through mainstream sources,” he said.

“Their rights are extremely limited, if they have any at all,” he added. “Fair Trading is currently reviewing the state’s renting laws, from which such accommodation is excluded. They’d do well to consider changing that.”