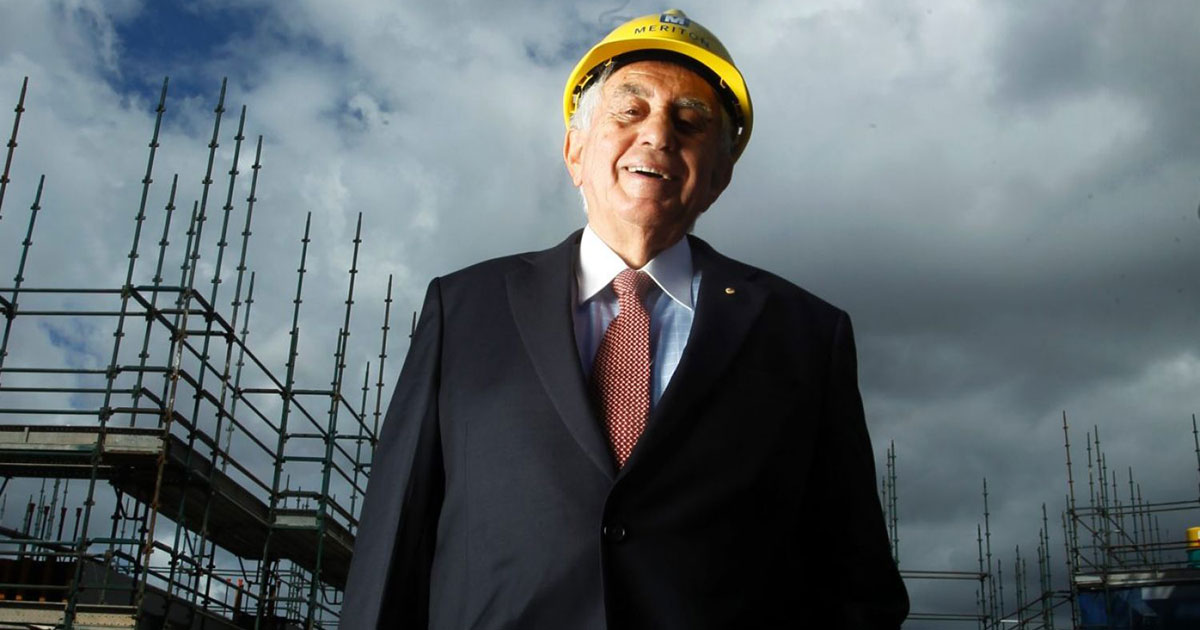 Australia’s richest man says keeping foreign buyers out of the country and other cooling demand measures are not long-term answers to housing affordability.

Meriton founder Harry Triguboff will tell Nine Network’s finance editor Ross Greenwood on 60 Minutes on Sunday night the fundamental problem was on the supply side of the equation, and the government had not gone far enough in the budget to solve the housing affordability crisis on Australia’s east coast.

The government on Tuesday announced a First Home Super Saver Scheme, which would allow entry-level buyers to save funds at a discounted tax rate by making additional contributions to their superannuation.

But Mr Triguboff believes it is not enough. “Young people, they have to be able to use their (existing, not extra salary-sacrificed) super funds for buying a home,” he told 60 Minutes.

Mr Greenwood said Mr Triguboff also told him the fundamental problem in the property market was a lack of supply, and trying to hold down the demand side of the property equation was not really the long-term solution.

The Australian Prudential Regulatory Authority’s measures to slow investor lending and increased taxes for foreign buyers introduced by both federal and state governments are just some measures aimed to slow demand.

“We’ve been talking about a housing affordability crisis since I was 18 and I remember when I bought my first apartment for $180,000 and I couldn’t believe how expensive it was,” he said.

“I thought there was no chance I’d ever be able to pay it back. I mean, when I was trying to buy my first home I wasn’t buying smashed avocado for 19 bucks, and four coffees at $4 each.”

Mr Greenwood said although the federal government said it would open new tracts of land – some of the old defence land areas in Victoria and NSW – the property pundits said it was not enough.

Meanwhile, Jo Lennan, a Sydney based lawyer, writer and Oxford scholar, told 60 Minutes there should be an end to negative gearing.

“I don’t think that we should treat housing solely as a commodity. It is not the same as stocks, shares and bonds,” she said. “People need somewhere to live and we have to make sure that supply is there, for both owner occupiers and investors. We have to do the math as individuals and as a nation and say, ‘hey, this doesn’t make any sense and we can’t go on like this’.”

Mr Greenwood said the show decided to ask the property billionaires for advice about the market because they had been in the game for a long time.

“Do we acknowledge that they have vested interest? Of course, they’ve got a massive vested interest,” he said. “But if you think about someone like Harry – Harry did not become the wealthiest man in Australia by not understanding the housing market.”